Prison will never be a safe place for pregnant women and new mothers.

1 in 10 women give birth inside their cell or on the way to hospital*, and in the last two years, two babies born inside prison have died. Even if the worst doesn't happen, prison causes toxic stress and trauma to both mother and child. Short sentences can have a long-lasting, lifelong negative impact.

The government can and must put an end to imprisoning pregnant women and new mothers by changing sentencing laws. Right now, there is no statutory duty for judges to take pregnancy or parenthood into consideration when sentencing. This has to change. The law needs to be strengthened so that judges legally have to consider the health of pregnant women and their babies, and avoid sending them to prison at all costs.

Eleven countries (including Russia, Brazil, Mexico, Italy and Portugal) have laws against the imprisonment of pregnant women. It's time the UK caught up.

Why is this important?

Even if the worst doesn't happen, toxic stress during a mother's pregnancy affects her baby's development. Prisons are extremely stressful and traumatising environments that negatively impact your mental and physical health – and if you're pregnant, the impact on you and your child is long-lasting.

The majority of women enter prison for sentences of six months or less – which is enough time to lose your home, job and be totally cut off from your family and support networks. When a woman is supported in her community, she is able to tackle the issues that swept her up into crime in the first place. In her community, she’s able to get support to give her child the best start in life, including easy access to antenatal and postnatal healthcare.

Eleven countries (including Russia, Brazil, Mexico, Italy and Portugal) have laws against the imprisonment of pregnant women. It's time the UK caught up.

*This figure comes from a 2020 Nuffield Health research report: Locked out? Prisoners' use of hospital care in England and Wales.

Return to petition
Your personal information will be kept private and held securely. By submitting information you are agreeing to the use of data and cookies in accordance with our privacy policy
10,701
of 20,000 signatures

Because it is inhumane
Penelope
Prison in many cases does more harm than good, especially in this case. It's time we based our approach to the penal system on evidence of what works rather than primitive and vindictive gut reaction.
Steve
Women should not be in prison if pregnant
Russell
I agree that it is inhumane to imprison pregnant women or mothers of young children. It can only have negative outcomes for children and mothers.
Daniel
Having worked in HMP Low Newton I have seen at first hand the harm caused by imprisoning pregnant women, an abhorrent practice that must cease.
Stephen
Thanks for signing! Your signature has been added.

Your support for this campaign is vital – thank you for taking the time to stand with women in prison, and calling for a society built on care and support.

A donation to Level Up means that our campaigns have the resources necessary to create powerful change in the media, culture and across society. We rely on donations to keep doing what we do. And we want to keep growing our community of UK feminists ready to interrupt gender injustice at every turn. Will you triple your impact by sharing?

The government believes that people don't care about this issue. The only way you can get the government to take action on this is if you share the petition with your friends and family, and get them to speak out too. 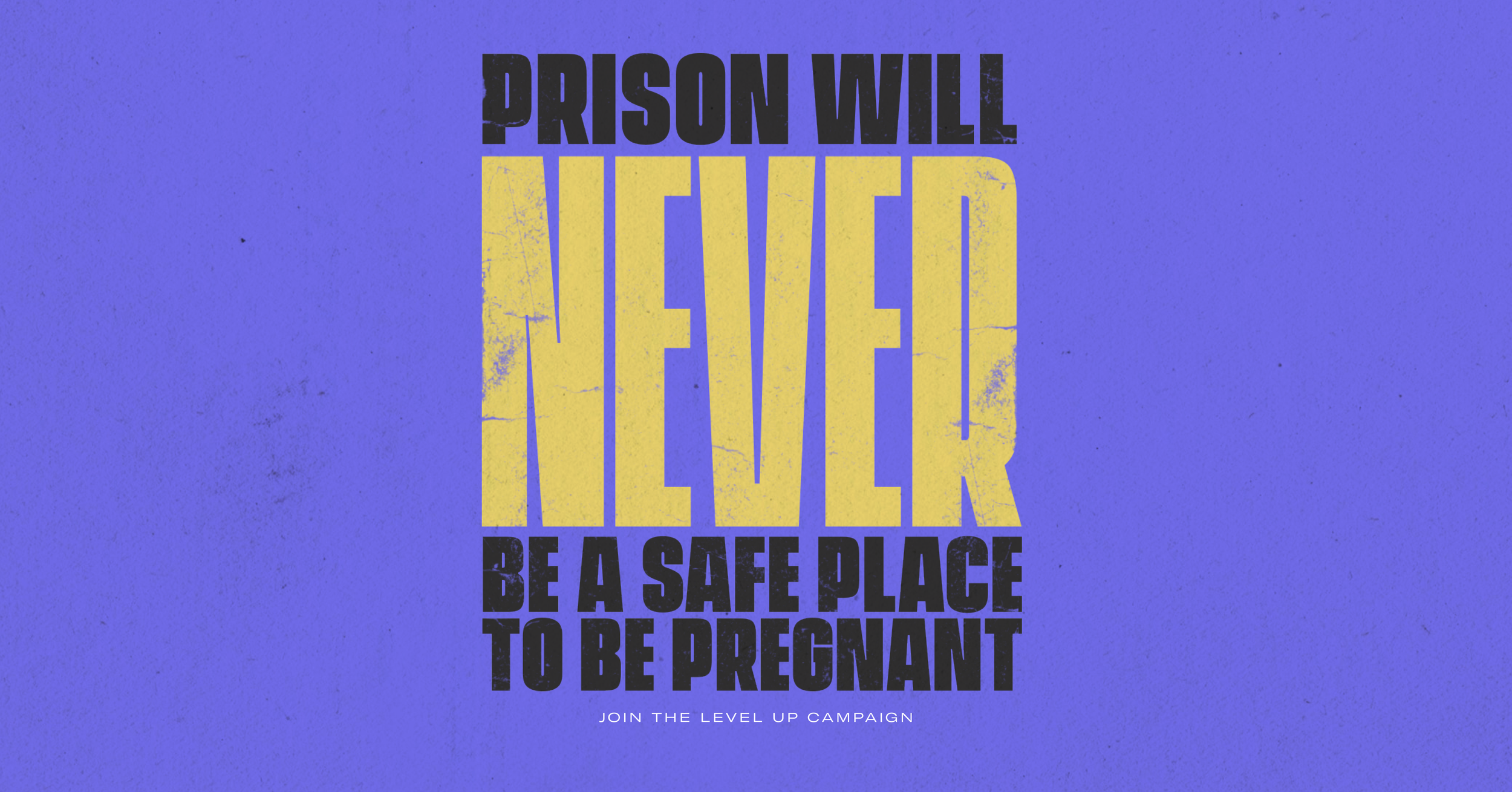 In the last two years, two women have given birth in prison and their babies have died. It's time to call for an end to prison sentencing for pregnant women. Prison will never be a safe place to be pregnant. Right now there is no legal duty for judges to take pregnancy into consideration when sentencing. Join the campaign to change this.